From the age of eight Mark Stephens used meditation to help control his severe asthma attacks. Throughout his teenage years and twenties he studied meditation under Chinese teachers, Japanese masters and Tibetan monks.

A Ju-Jutsu Black Belt, bestselling author and leading hypnotherapist, in 1990, Mark was given a possible six months to live with a rapidly growing second-stage lymphoma. Mark used a wide variety of eastern healing methods and complimentary treatments which he combined with the best of western medicine to overcome his health challenges. With a clean bill of health 27 years later, Mark inspires people to transform their own lives through his seminars and groundbreaking hypnosis and motivation programs.

He has worked with a former World Number One tennis player, an NRL final winning team and a host of celebrities. In 2014, Mark helped one of Australia’s heaviest men shed 207 kg using the power of his mind. This is an Australian record for any method of weight loss, and was described by a Current Affair as “Australia’s greatest weight loss story ever”.

Stephens developed his Think Slim diet programme, which has helped over 15,000 overweight and obese Australians lose weight. He conducts hypnotic lap band weekend seminars around the country as well mind/body sessions at his Little Forest Health Retreat in NSW.

Some of Mark’s accomplishments include: 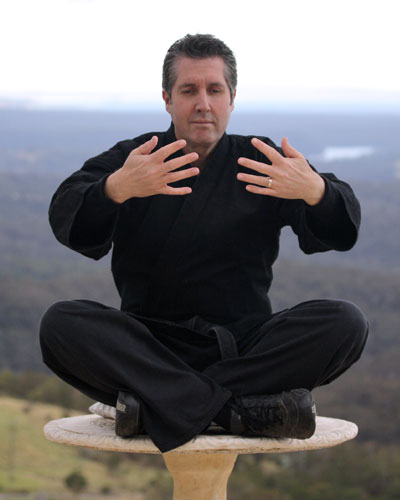 This simple breathing exercise can be performed standing as per the video, sitting with no arm movements or even lying down. In one minute you will be energised and jumping out of your skin with a clear mind. We hope to see you at an upcoming retreat or hear about your success with the MindFree app.

The MindFree app or one of our retreats will help you:

Our vision is to provide the ultimate meditation-hypnosis-therapy app to support everyone to be stress free, fat free, insomnia free, smoke free and phobia free. Our programmes help people have wonderful relationships, increase their confidence and overcome or reduce sadness and depression.

Our MindFree app programmes allows people to release their past, be more present and create a positive, compelling and abundant future for themselves, their family, their friends and their community.

Get health updates, tutorials and free stuff.
Register for our retreats, interstate weekends and seminars

We guarantee 100% privacy
Your information will not be shared.